Includes base game with:

– Tracer Hero in Heroes of the Storm – jump into the Nexus with Tracer and surprise your enemies in the blink of an eye;

– Baby Winston Pet in World of Warcraft – adorably cuddly and highly intellectual, the Baby Winston pet will be at your side as you fight your way through Azeroth;

– Overwatch Card Back in Hearthstone – battle it out with an Overwatch-themed card back fit for a hero;

– Mercy’s Wings in Diablo 3 – slay demonic forces throughout the High Heavens and Burning Hells as you don Mercy’s wings. All of Sanctuary will know of your allegiance to Overwatch;

– Player Portraits in Starcraft 2 – with brand new portraits of Tracer, Reaper, Pharah, Winston, Bastion, and Soldier: 76, you’re sure to become a champion of the Koprulu Sector;

The newest FPS from Blizzard has earned himself the Game Of The Year Edition with more than 100 awards! Get your hands on a roster of 25 heroes in 6 versus 6 battles in various game modes such as Payload or Control in maps across the globe. Set in 2074 with a war in the horizon, you fall under the wing of an organization which duty is to maintain peace; peace that is in threat due to Talon’s group.

Each hero within the roster is different and have various abilities that you can combine in your team to win the match. From flying to teleporting or launching a gravitational projectile, the heroes have different ultimate abilities to finish off your enemies.

There are several modes apart from Payload or Control that makes Overwatch an amazing and fun experience such as:

The roster of heroes is divided in roles. Attack, Defense, Tank and Support are the roles that you will need to combine to win the match. The best team is the most balanced but you can always try new tactics to the outcome the meta of the adversaries.

The game offers a unique ranking ladder system divided in Ranks (Bronze, Silver, Gold, Platinum, Diamond, Master and Grand Master), where you earn points for each match you win. The goal is to reach the Top 500 in your region.

Each hero is customizable with cosmetic effects in the game such as skins, victory poses or POTG animations. You can earn a Lootbox (the box that contains cosmetic effects) from leveling up or you can buy them with real money.

The game is always getting updated with new maps, game modes, and heroes to play with and every update is free of charge, so you don’t have to worry about paid DLCs anymore!

Join the team of Soldier:76, Tracer and other heroes to save the world from Talon!

Blizzard Entertainment brings their legendary game making expertise to the FPS genre with Overwatch: Origins Edition. Play as a sword wielding robot-ninja or an armor plated gorilla scientist. Overwatch uses the gameplay style of FPS but adds tons of creative twists and is simple to play so anyone can dive in and have fun. And there’s tons of backstory lore to explore as well. Overwatch has quickly become one of the premier titles in the eSports world and Blizzard is rolling out a huge Overwatch League as well. The hype is real! Millions of people around the world are playing. Buy your copy today and find out why. 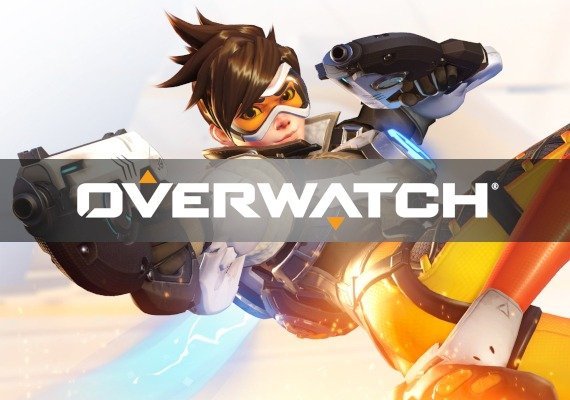 Be the first to review “Overwatch – Origins Edition” Cancel reply